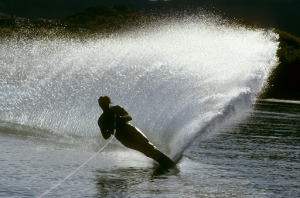 He was born on August 11, 1932 at the original Nason Hospital in Roaring Spring, son of the late Dr. Harry E. and Marian L. (Ake) Henry and lived most of his life at the family home in Martinsburg.

Gene was a direct descendent of early Cove settlers, John Brumbaugh and Daniel Camerer, the founders of Martinsburg and Jacob G. Ake Sr., the founder of Williamsburg.

During his youth, Gene spent a lot of time with his grandparents, Elmer C. and Pearle E. Ake, who were a wonderful inspiration to him while he was growing up. Mr. Ake was the former city editor of the Altoona Mirror and the publisher of the Morrisons Cove Herald. Mrs. Ake served as the business manager for the Herald.

Gene was a 1950 graduate of the former Martinsburg High School. He received his Bachelor of Science and Master of Education degrees from Penn State University. He also attended Bucknell University for two years in the field of commerce and finance.

Gene taught school in the Altoona Area School District for 25 years, spending most of his teaching career at the Baker Elementary School, where he later became principal. He always enjoyed hearing from and meeting with former students. Gene was especially proud that two of his former students also became principal of Baker School in their careers.

In 1959, Gene founded the W. Gene Henry Mobile Home Parks in Martinsburg, which included the Spring Drive and Stone Manor Parks. He continued that business until March 2020.

The Morrisons Cove Memorial Park was a very important part of Gene’s early life. He has directed that one million dollars from his estate be donated to the park in memory of him and his family.

In the interest of highway safety, Gene contributed the funds to improve and widen four different road intersections in the borough of Martinsburg, which included the razing of two homes to improve visibility. One of these intersections was at South Market and Spring Streets.

Gene was a member of the Fairview Cemetery Board of Directors in Martinsburg where he, along with his brother Edward, donated two buildings located in the cemetery.  In memory of their parents, the administration and office building was built and donated in 2005. The garage and maintenance building was donated in 2007. Gene has directed in his will that one million dollars from his estate should be given to the Martinsburg Fairview Cemetery Association Perpetual Care Fund in memory of his parents and grandparents.

For six years, Gene was a member of the U.S. Army Reserves, spending his active duty time at Fort Knox, Kentucky.

Gene was a past president of the Raystown Waterski Club and enjoyed the sport of slalom water skiing until he was in his seventies.

Gene had a lifelong interest of collecting and restoring antique automobiles, horse drawn buggies and sleighs. He still owned and occasionally drove his first car that he purchased in 1948, a 1926 Model T Ford Touring.

Gene purchased a vacation home in the Las Olas area of Fort Lauderdale, Florida in 1991. He drove back and forth to Florida each month to enjoy boating, water-skiing and the weather.

Friends will be received from 2-5pm, Sunday, February 21, 2021, at St. Matthew Lutheran Church, Martinsburg, and from 10am until the 11 am funeral service, Monday, February 22, 2021, at the church, Pastor Traci Marriott-Bowman officiating. Private interment will follow at Fairview Cemetery, Martinsburg.

Memorial contributions in memory of Gene may be given to the Fairview Cemetery Association, 103 Blair St., Martinsburg, PA 16662.

To send flowers to the family or plant a tree in memory of W. Gene Henry, please visit our floral store.