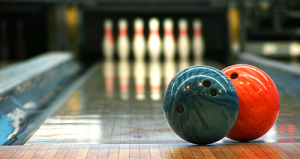 Richard S. “Gus” McClain, 96, of Williamsburg, went home to be with the Lord, Friday afternoon, January 29, 2021 at Homewood at Martinsburg.

He was born in Williamsburg, son of the late William A. and Verna (Wagner) McClain.  On January 29, 1949 he married Alberta J. Criswell at Zion Lutheran Church, Williamsburg.  She preceded him in death on November 29, 2018 after 69 years of marriage.

He was the last of nine children being preceded in death by, five sisters: Betty King, Rachel McClain, Esther Snare, Lenore King and Ruth Rabits; and three brothers: Donald W., Ralph E. and William A. Jr.

Richard was a 1942 graduate of Williamsburg High School.  He was a U.S. Army veteran of WWII serving as a military policeman from 1942-1945, during which he was stationed in Hawaii and attained the rank of private first class.

Gus was employed as a letter carrier for the U.S. Postal Service for 39 years and was longtime member of Zion Lutheran Church, Williamsburg, where he sang in the church choir and served on church council.   He was also a member of the former Williamsburg Memorial VFW Post 6086, Bonner-Sollenberger American Legion Post 456, Williamsburg and also served for many years with the Williamsburg Vol. Fire Company and Fire Commission.

To send flowers to the family or plant a tree in memory of Richard S. "Gus" McClain, please visit our floral store.