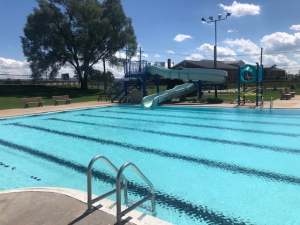 Rev. Raymond R. Boose, 98, a cottage resident of The Village at Morrisons Cove, Martinsburg, formerly of Woodbury, went home to be with the Lord, Friday morning, February 26, 2021 at The Village, following a brief illness.

He was born in West Fallowfield Twp., Chester County, son of the late Walter R. and Bertha M. (Hermess) Boose.  On December 30, 1946 he married Mary E. Stauffer in Baltimore, MD.

He was preceded in death by two great-grandsons: Jeremiah Jarrett and Weston Garland; and eight siblings.

Raymond was a 1940 graduate of McCaskey High School, Lancaster.  He was a U.S. Marine Corps veteran serving from 1943 until 1946, attaining the rank of corporal.  Raymond later earned his Bachelor of Arts degree from Elizabethtown College in 1949 and in 1952 received his Bachelor of Divinity from the Bethany Theological Seminary.

Raymond was a devoted and loving husband, father and grandfather, who also proudly served his community as a board member for the Morrisons Cove Memorial Park and as the former board president.

He loved teaching children how to roller skate, swim and dive into the pool at the Morrisons Cove Park.  Rev. Raymond also enjoyed reading and doing crossword puzzles.

Due to COVID-19 restrictions there will be no service at this time.  A celebration of his life will be held at a later date and the inurnment will be held at Replogle Cemetery, Woodbury.  Arrangements are by John K. Bolger Funeral Home Inc., Martinsburg.

To send flowers to the family or plant a tree in memory of Rev. Raymond R. Boose, please visit our floral store.