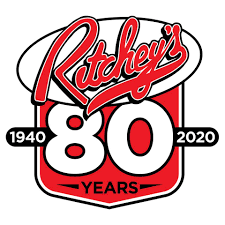 Reid E. Ritchey, 87, went to be with Jesus, his Lord and Savior, on October 3, 2021, at Homewood of Martinsburg.    He was born in Martinsburg on April 6, 1934, the son of the late Paul and Mildred (Greaser) Ritchey. He married Elizabeth Lytle Ormsby on August 1, 1952. They shared 69 years of marriage together.

Reid graduated from Morrisons Cove High School in 1952. He started working at the family farm at Ritchey’s Dairy at the age of ten. After graduating high school, he ran routes for the dairy, and started the company’s first Altoona milk route. He earned a degree in business administration from Penn State Altoona in 1972.  In January of 1973, he purchased the business from his father, Paul and became the Owner/President of Ritchey’s Dairy, Inc. until his passing.

Reid was an active community member, serving on numerous boards of directors including: Homewood Retirement Center, and Morrisons Cove Memorial Park Pool. He was the President of the Pennsylvania Area Milk Dealers Association from 2003-2005 and received the Central Pennsylvania Philanthropy Award in 2019. Reid was a member of the First United Methodist Church, Hollidaysburg, and was previously a member and deacon of St. John’s United Church of Christ, Martinsburg.

Growing up, Reid was active in the boy scouts, earning his eagle scout at the age of 17. He enjoyed playing and watching sports. In high school, he played on the varsity baseball and basketball teams and played in many local softball and basketball leagues in the 60’s and 70’s.  Reid was a member of Iron Masters County Club for 40 years. He also enjoyed watching Penn State football, Los Angeles Dodger baseball, and Pittsburgh Penguin hockey games.

Reid was predeceased by his son, Reid Ritchey II; and a sister, Gladys Jane Crittendon.

A public viewing will be held from 2-4 pm and 6-8 pm, Thursday, October 7, 2021 at St. John’s United Church of Christ, 117 E. Julian St., Martinsburg, PA 16662. A private funeral service will be held at the church, Reverend Jerry McCuller Jr., officiating. Interment will follow at Fairview Cemetery, Martinsburg.

To send flowers to the family or plant a tree in memory of Reid E. Ritchey, please visit our floral store.