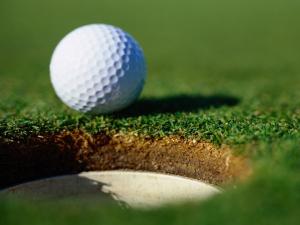 Joseph A. Hinish, 89, of Martinsburg, passed away Saturday evening, May 28, 2022 at The Village at Morrisons Cove, Martinsburg.

He was born in Curryville, son of the late Wilmer E. and Martha R. (Rhodes) Hinish.  Joseph was twice married first to Mary Jane Bridenbaugh, who passed away on December 13, 1991 and then to Patricia C. Yeager, who preceded him in death on April 18, 2018.

Joe was a graduate and served as the president for the Morrison Cove High School Class of 1951 and also received his Bachelor of Science Degree from Juniata College, Huntingdon. He was a faithful member of Martinsburg Memorial Church of the Brethren, where he taught Sunday school and sang in the church choir.

He began his career in 1958 at Investor Diversified Services (IDS) as a certified financial planner and in 1986 was inducted into the IDS Hall of Fame.  After IDS became Ameriprise, Joe continued working until his retirement in 2008.  Two of his sons have followed in his footsteps, and are both financial planners for Hinish and Associates in Hollidaysburg.

Joe was a member of the Cove Community Chorus, Hemlock Hunting Camp in Potter County, and a charter member of the former Martinsburg Lions Club, where he served as president.  He was also a founding member of Iron Masters Country Club and served on the Morrison Cove Memorial Park Board, where Joe was instrumental in getting the skating rink renovated.

He loved spending time with his family, playing baseball and watching sports.  Joe also enjoyed fishing, golfing, bowling and hunting, both locally and out in Wyoming.

Friends will be received from 10:00am until noon, Thursday, June 9, 2022 at Martinsburg Memorial Church of the Brethren, where a funeral service will follow at noon, Mr. Eric Martin officiating. Interment will be held at Fairview Cemetery, Martinsburg.  Arrangements are by John K. Bolger Funeral Home Inc., Martinsburg.

In lieu of flowers, memorial contributions in memory of Joe may be given to the Zack Hinish Foundation, Morrisons Cove Memorial Park or Martinsburg Memorial Church of the Brethren.

To send flowers to the family or plant a tree in memory of Joseph A Hinish, please visit our floral store.

A Memorial Tree was planted for Joseph