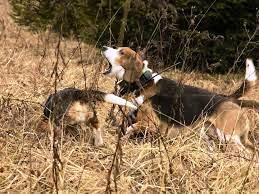 He was born along Clover Creek, rural Williamsburg, son of the late John Calvin and Elizabeth F. (Hicks) Traxler.  He was twice married, first to Linda L. Hileman, who passed away on February 16, 1983 and then to Jennifer K. Orner, who preceded him in death on February 3, 2019.

He was preceded in death by an infant son, Rodger Lynn Traxler; and two sisters: infant, Marjorie June Traxler and Linda A. Kitchen.

John attended Williamsburg High School and retired as a salesman from Nelson Chevrolet, Tyrone.  For many years John owned and operated Phillips 66 Gas Station in Williamsburg and also served multiple times as the chief of police for the Williamsburg Borough.

He was a 50 year member of the Portage Lodge #220 F.&A.M., Hollidaysburg and was longtime member of the Williamsburg Beagle Club, serving as the president for many years.

At John’s request there will be no services.  Private inurnment will be held at Sparr Cemetery, rural Williamsburg.  Arrangements are by John K. Bolger Funeral Home Inc., Williamsburg.

Memorial contributions in memory of John may be given to the Huntingdon County Humane Society, 11371 School House Hollow Rd., Huntingdon, PA 16652.

To send flowers to the family or plant a tree in memory of John Rodney Traxler, please visit our floral store.