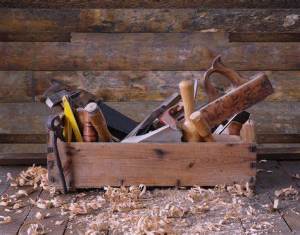 John Edward Hoover Sr., 98, a resident of The Village at Morrisons Cove, Martinsburg, formerly of Williamsburg, passed away late Friday, May 27, 2022 at The Village.

He was born in Williamsburg, the youngest son of the late Vincent E. and Julia Ruth (Sparr) Hoover.  On January 12, 1949 he married Doris Ann White at the Zion Lutheran Church, Williamsburg.  She preceded him in death on December 21, 2015.

He was the last member of his immediate family and was preceded in death by two brothers: Raymond V. and Frank S. Hoover; and two sisters: Frances Blaine and Mary H. Hoover

John was a graduate of Williamsburg High School.  He was a member of “The Greatest Generation” and a U.S. Army veteran, who proudly served his country during World War II, having been deployed to England, France, Belgium and Germany.

He worked for many years at Westvaco in Williamsburg and also drove truck for C.L. Feather, Altoona.  John was a member of the Williamsburg Volunteer Fire Company Station 90.

John was a wonderful dad who enjoyed teaching his sons to fish and to work hard.  He loved woodworking and gifted many with his unique crafts. John was a fixture at many craft shows over the years and was the go-to-guy for furniture repair.  His sense of humor created much laughter with his family and many friends over the years.  In later years, as he reminisced his life experiences, he brought much joy and laughter to those who were fortunate enough to know him.

Friends will be received from 10 until 11am, Friday, June 3, 2022 at John K. Bolger Funeral Home Inc., Williamsburg, where a memorial service will follow at 11am, Pastor Tiffany E. Marvich officiating.  Inurnment with military honors will be held at Royer Cemetery, rural Williamsburg.

In lieu of flowers, the family requests that donations be given to the Williamsburg Fire Company or Williamsburg Public Library.

To send flowers to the family or plant a tree in memory of John Edward Hoover Sr., please visit our floral store.

A Memorial Tree was planted for John Edward