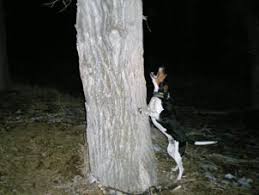 He was born in Altoona, son of the late Clyde R. and Elsie M. (Moyer) Shultz.  On February 14, 1981 he married Tammy L. Lee at the Williamsburg United Methodist Church.

He was preceded in death by a daughter, Brandi J. Tomasiello; a brother, David R. Shultz; and a sister, Martha A. Engle.

He was meticulous, talented finishing carpenter that did new construction and also business and home remodeling for many years.  Jack loved spending time with his family, especially his grandchildren and also enjoyed working and coon hunting.

Friends will be received from 11am until 2pm, Saturday, January 8, 2022 at Grace Pointe Community Church, Williamsburg, where a funeral service will follow at the church at 2pm, Rev. James Spivey officiating.

Memorial contributions in memory of Jack may be given to Grace Pointe Community Church, 815 Yellow Springs Dr., Williamsburg, PA 16693.

To send flowers to the family or plant a tree in memory of Jack Robert Shultz, please visit our floral store.