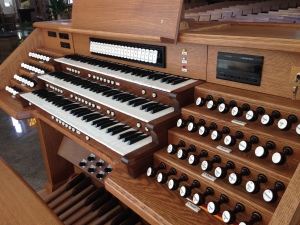 She was born in Williamsburg, daughter of the late H. Dewayne “Bud” and Esther L. (Fry) Waite. She was twice married, first to Richard A. Mingle Sr. and then to Charles V. “Chuck” Strohmeyer, both preceded her in death.

Gerta retired in 2015 from the Williamsburg Senior Center after 17 years of service and previously worked for Beasley Ford/Rothrauff Ford, Altoona for 17 years and U.S. Envelope/Westvaco, Williamsburg, for 7 years.

She loved spending time with her family and also knitting, crocheting, cooking, playing cards, and piano.

Friends will be received from 2 to 4 and 6 to 8 pm, Wednesday, July 27, 2022 at the Williamsburg United Methodist Church and from 10 until 11 am Thursday, July 28, 2022, where a funeral service will follow at 11am at the church, Pastor C. Matthew Roberts officiating. Interment will follow at Presbyterian Cemetery, Williamsburg. Arrangements are by John K. Bolger Funeral Home Inc., Williamsburg.

Donations in memory of Gerta may be given to Williamsburg United Methodist Church 431 W. Second St. Williamsburg, Pa 16693

To send flowers to the family or plant a tree in memory of Gerta Daneen (Waite) Mingle-Strohmeyer, please visit our floral store.

A Memorial Tree was planted for Gerta Daneen