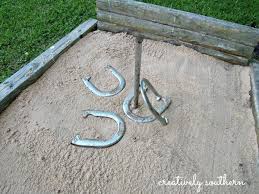 He was born in Royer, rural Williamsburg, son of the late Neff Earl and Edith Belle (Vanderpool) Gunnett.  On June 3, 1949 he married Elsie G. Farringer in Winchester, VA.  She preceded him in death on May 23, 2018.

He was a 1948 graduate of Williamsburg High School.  Ed was a lifelong member of the Christian & Missionary Alliance Church, and was a faithful member at the Clappertown C&MA Church.

He served as the president and helped establish the first Little League Baseball Association in Williamsburg.  Ed was also a member of the Williamsburg Lions Club and was instrumental in organizing the talent shows held each year to help raise money for various local charities.

Ed loved watching all sports, especially his beloved Blue Pirates, Tar Heel Basketball, Pitt Football, the Pittsburgh Steelers and Pittsburgh Pirates.  He also enjoyed singing, pitching horseshoes and playing softball in the Southern Blair Softball League. Ed was truly at his best, when he was talking and sharing his stories with family and friends.

Friends will be received from 1-3pm, Saturday, April 2, 2022 at John K. Bolger Funeral Home Inc., Williamsburg.  A private funeral service will be held at the funeral home, Pastor Ed Jelliff officiating.  Interment will be held at Fairview Cemetery, Martinsburg.

Memorial contributions in memory of Edwin may be given to Clappertown Christian & Missionary Alliance Church, 3239 Piney Creek Road, Williamsburg, PA 16693.

To send flowers to the family or plant a tree in memory of Edwin N. Gunnett, please visit our floral store.