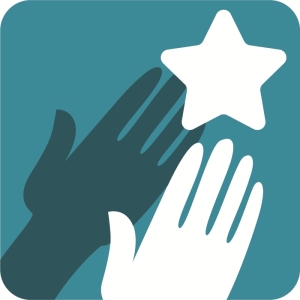 She was born at the Bradford Royal Infirmary, Yorkshire, England, on December 11, 1946 daughter of the late, Ernest and Kathleen (Sykes) Phelps. On May 1, 1967, she married William (Bill) Moore at Andrews Air Force Base, Prince George’s County, MD.

Surviving are her beloved husband, Bill of Williamsburg; and a sister, Felicity Jane Leach of Thornton, Yorkshire, England.

She was preceded in death by three sons: Sean D. Moore, Garth T. Moore and Brian P. Moore, who were all afflicted by incurable hereditary conditions.

Andrea completed the British Secondary Curriculum at the age of 16. She was briefly employed as a race horse groomer, caring for and exercising thoroughbred horses. Her next employment was with Brown–Muffs Department Stores in Bradford as a sales associate for three years.

At the age of 19 Andrea obtained a work Visa to the United States and took a job with Retail Clerks International Inc. in Washington D.C. There she met Bill, at Andrews Air Force Base while he was serving in the U.S. Air Force. Upon Bill’s discharge from the military they moved to Altoona, along with their first son, Sean. A few years later their son Garth was born and finally Brian came along to complete their family. While the boys attended school in Williamsburg, Andrea worked briefly in outside sales.  Later she found a 20 year career with Skills of Central PA as an Employment Specialist and retired in 2008.  During this time, Andrea proudly became a U.S. Citizen.

“Andy”, as she was known to everyone, was a kind, energetic and highly intelligent woman. She had a passion for classical music, history and nature. Her store of knowledge was amazing, but her devotion to her family was more so. She was physically and mentally strong in coping with the challenges of meeting the needs of her handicapped sons and helping her mother-in-law, who lived next door and suffered from Multiple Sclerosis over a period of 21 years. At the age of 73, she was still very young and strong in her mind and body. Sadly it took less than a year for cancer to destroy her body, but for all those who truly knew her, Andy’s spirit will always live on.

Due to Covid19 restrictions there will be no public services and a private inurnment will be held at Rockwood Cemetery, Somerset County.  Arrangements are by John K. Bolger Funeral Home Inc., Williamsburg.

To send flowers to the family or plant a tree in memory of Andrea Phelps-Moore, please visit our floral store.