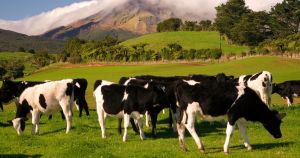 He was born in Roaring Spring, son of the late Malcolm F. and Marie L. (Cogan) Drake.  On August 30, 1964, he married Donna Mae Hoover at the Smithfield Church of the Brethren, rural Martinsburg, and she preceded him in death on May 25, 2012.

He was preceded in death by a daughter, Lori Renee Gilbert, who passed away on October 9, 2008; three brothers: Donald Eugene, Benjamin Lee and Ronald Dale; and a sister, Martha Jean Harclerode.

Bob was a 1958 graduate of Morrison Cove High School, Martinsburg, where he was a member of 4H and the FFA, receiving the Keystone Farmer Degree.

Farming was his life and he loved having dirt under his feet at all times. As a young man his family’s farm was located in Curryville. When his family left that farm, he helped drive the livestock to their new farm located in Fredericksburg.  He farmed for years behind a team of horses before his family was able to purchase their first tractor and Bob truly enjoyed reminiscing about those days.  He was employed at Cove Dehydrating Plant and then at the Martinsburg Milling Company, while also milking at various farms throughout the cove. After leaving the mill, he continued milking and began doing custom farming, which he did for many years. Bob also served for a period of time as the caregiver for the Fredericksburg Water Association.

He loved spending time with his family and also enjoyed fishing, hunting, and watching Walker Texas Ranger and western shows; "The Duke", John Wayne, was his favorite.

Memorial contributions in memory of Bob can be given to the Central Cove FFA, c/o Central High School, 718 Central High Rd., Martinsburg, PA 16662.