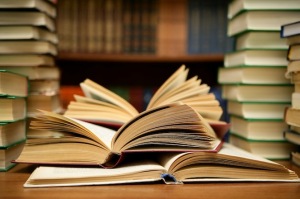 He was born in Johnstown, son of the late Kenneth Diable and Mary A. (Evanick) Diable-Machtley and father, Kenneth C. Machtley.  On September 8, 1983 he married Romayne M. Henderson in Philadelphia.

He was preceded in death by a daughter, Kristina Anne Diable; and a sister, Karen E. Wiest.

Kenneth was a 1964 graduate of Richland High School and received a Bachelor of Arts degree in Classics from Gettysburg College, where he was a member of the Alpha Tau Omega Fraternity.   He earned a Master of Divinity degree from the Lutheran Theological Seminary, Gettysburg and also a PHD in Old Testament studies from Drew University, Madison, NJ.

He started his career as an English teacher for Red Lion High School in York and later began his calling as a Lutheran Minister for various churches for the ELCA.  Kenneth also was employed as a Lutheran Campus Pastor for Rutgers University, New Brunswick, NJ and Grandview College, Des Moines, Iowa, where he also severed as a professor.  He more recently worked as an adjunct professor for both, St. Francis University, Loretto and Mt. Aloysius College, Cresson.

Friends will be received from 5-8pm, Wednesday, October 2, 2019 at Zion Lutheran Church, Williamsburg and from 10am until the 11am funeral service, Thursday, October 3, 2019 at the church, Bishop Michael Rhyne and Pastor Tiffany Marvich officiating.  Private interment will be held at Grandview Cemetery, Johnstown.

In lieu of flowers memorial contributions in memory of Kenneth can be given to Williamsburg Food Bank, c/o Zion Lutheran Church, 217 Plum St., Williamsburg, PA  16693.

To send flowers to the family or plant a tree in memory of Rev. Dr. Kenneth M. Diable, please visit our floral store.