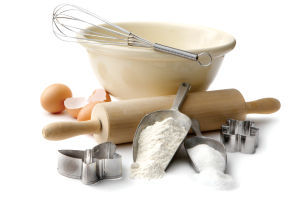 She was born in Hopewell, daughter of the late Russell J. and E. Lena (Cochrane) Lewis. On June 15, 1948, she married James L. Wareham in Roaring Spring and he preceded her in death on September 12, 1991.

She was preceded in death by a son, Kerry L. Wareham on February 25, 2017; and two brothers: James and Thomas Lewis.

She was member of Clover Creek Church of the Brethren, rural Martinsburg, Chimrock Square Dancers, and Horseshoe Cloggers. Irene was also a member and past Worthy Matron of the Roaring Spring Chapter #121 Order of the Eastern Star.

Irene enjoyed bowling, square dancing, cooking, and was an excellent baker- she was well known for her homemade bread and cinnamon rolls. The family would like to give a special thanks to the Carmelite Sisters from the Garvey Manor Nursing Home for the kindness and care they gave to their mother.

Friends will be received from 1:30 until the 3pm funeral service, Sunday, March 3, 2019 at Curryville Church of the Brethren, Reverend Barbara Hammond officiating. Interment will follow at Brumbaugh Cemetery, rural Martinsburg.

In lieu of flowers, memorial contributions in memory of Irene can be given to Garvey Manor Nursing Home, 1037 Logan Blvd., Hollidaysburg, PA 16648.