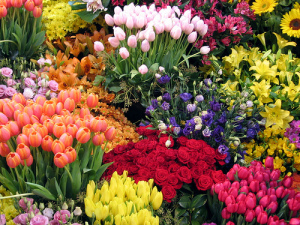 She was born in rural Williamsburg, daughter of the late John D. and Verna R. (Reigh) Kipe.  On December 11, 1965, she married John S. Lear at the Cove Forge United Methodist Church, Williamsburg.

She was preceded in death by a son, John D. Lear; three brothers:  Richard, and twins, Ronald and Donald, and a sister, Geraldine Henry.

Joan was a 1965 graduate of Williamsburg High School, and following school, worked as a packer for Boyer Candy, Altoona, Cove Shoe Factory, Martinsburg, and then Westvaco, Williamsburg, where she retired as a packer and press operator, with 30 years of service.

She was a member of Grace Pointe Community Church of God, Williamsburg where she taught Bible school and was an active member in the various women’s ministries.

Joan loved spending time with her family and her pet dog, Minnie. She also enjoyed flower gardening, hummingbirds, and cooking for family gatherings.

Memorial contributions in memory of Joan can be given to Grace Pointe Community Church of God, 815 Yellow Springs Dr., Williamsburg, PA 16693.